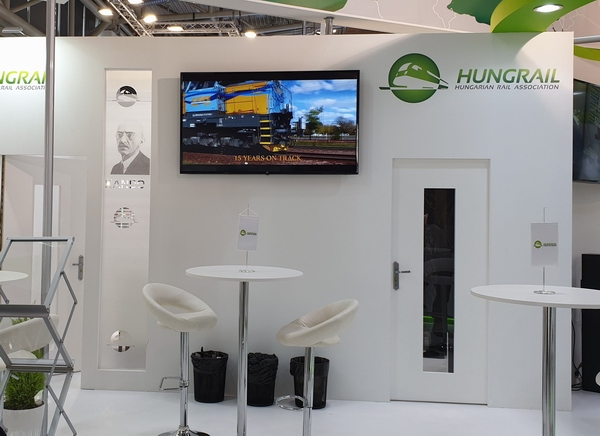 Between the 4th and 7th of June 2019, Transport Logistic, one of the most prestigious gatherings in the logistics industry calendar, took place in Munich, where the CER group was represented at the Hungrail stand. The expo’s over 115,000 square meters of 2162 exhibitors from 62 countries were expecting more than 60,000 visitors from 123 countries. The focus of this year’s exhibition was on robotics, artificial intelligence, and the impact of ”augmented reality” on the logistics sector.

Since its inception, CER has taken part in this world-ranking exposition every year. The company was founded in 2004, so first attended the fair in 2005. According to CER management, regular attendance has built the company’s reputation in Central Europe’s rail-freight market. ” – also the fact that our company was represented in all four countries – Hungary, Slovakia, Czech republic, Croatia – this year,” added Mr Márton Kukely, CEO of CER Cargo Holding SE.

During the four-day event, representatives of all four companies had talks with existing and potential partners, including concrete business meetings with 15 companies.

The CER Group is celebrating its 15th anniversary this year. To commemorate this, the company designed a badge symbolising a decade and a half on the tracks. CER also issued coins for its 15th birthday, handed out at the expo.