Mr. László Horváth, CEO of LAC Holding Ltd. received the Hungarian Economy Award on the occasion of 23rd of October 2019. The Award was granted by Mihály Varga Minister of Finance on the 21st of October at the Ministry of Finance. The Award is within the purview of the Minister of Finance which can be granted for people or organisations that have no employee relationship with the Ministry and it is given to recognize outstanding work towards the economy. Mr. László Horváth received the Hungarian Economy Award for his persistent work and lobbying activity promoting Hungarian businesses in Kazakhstan and advocating Kazakh investments in Hungary.

Mr. László Horváth’s words to all the employees at LAC Holding:

We received the Hungarian Economy Award on the occasion of 23rd of October. Although my name is on the award, the honour was earned by every one of you at the company. We earned it together! I am grateful to all of you! In the last 30 years, since 1989, we have been laying the foundations. The next 10 years will be the time to flourish. In some of the companies investments started already, in some of other ones we are preparing for it. I always ensured colleagues I personally hired that they won’t be bored. I think no one doubts that I did not keep my promise. My promise is that in the next few years you will all realize that life was boring so far!
I wish you all the best! I wish you success!
Thank you for being with us!’
László Horváth 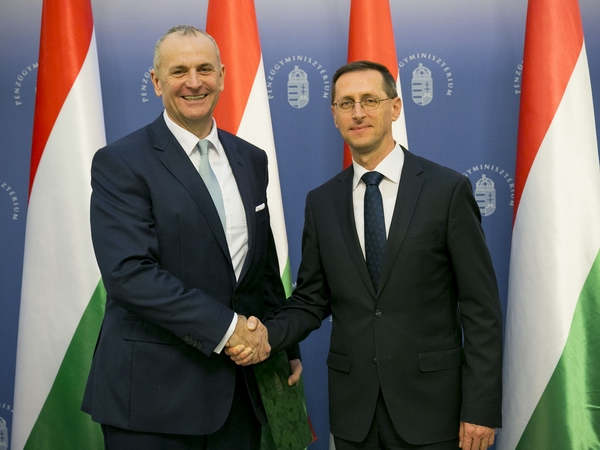